After our introduction to mark-making using watercolours, we moved on to looking at Pointillism as a technique. I introduced new artists to look at, then set out the objectives.

I chose three artists as a reference and included some keywords for pupils to focus on when choosing images to print out, asking pupils to print two from each artist. One full picture and one close up. 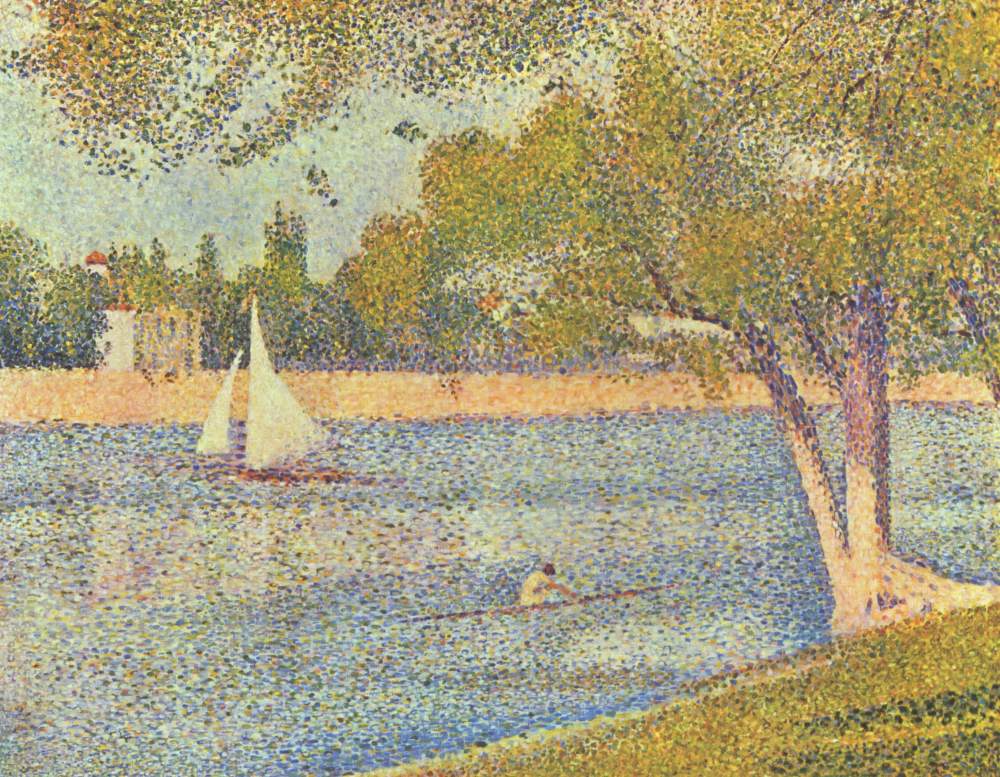 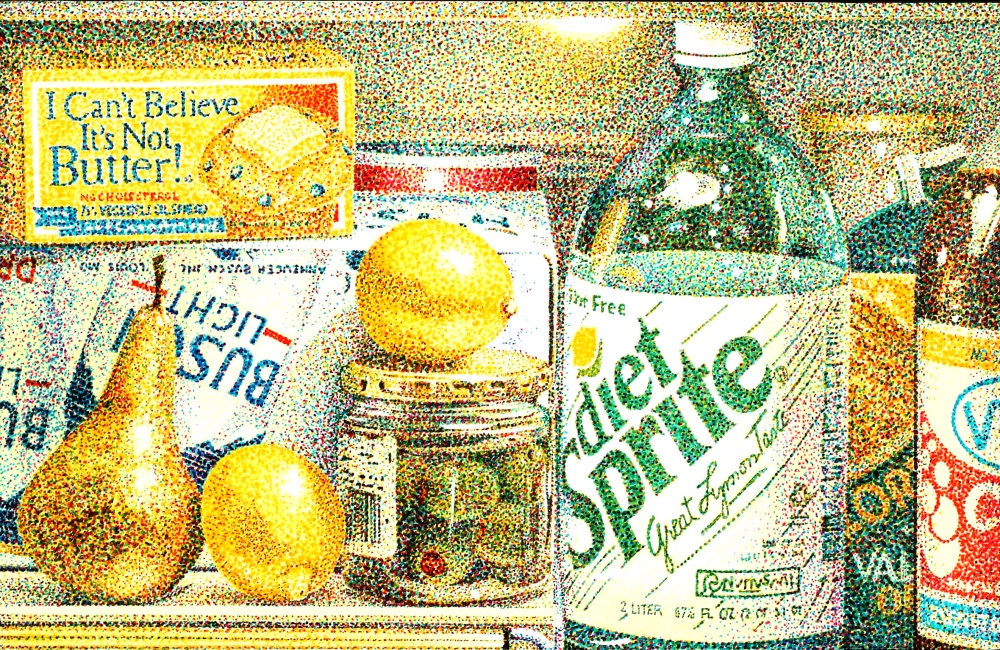 The aim was to use watercolours to create three Pointillist studies; one monochromatic (all the tones of one colour), one blending two harmonious colours and another painting over a light washed background with a contrasting colour (using different size and shaped brushes to create daubs rather than dots). Here is the example I used to show the pupils: 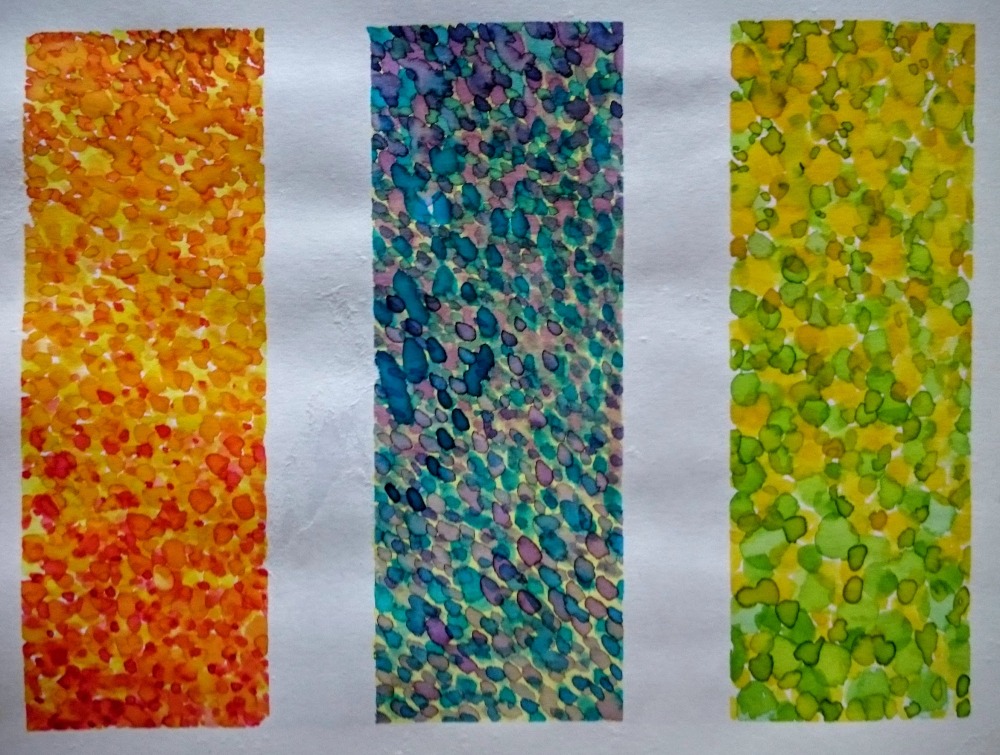 I started by selecting a small round brush, painting large circles at the top of the rectangle quite close together. As I moved towards the bottom, the circles became smaller and further apart. Where I blended two colours together as in the rectangle on the left with yellow and green paint, I used the same method from top to bottom, then bottom to top with the next colour.

The study in the middle was created by first painting a light wash in the background, then choosing a complementary colour to daub over the top. On each study I aimed to fill all of the white space and this was important to get across to pupils as some tried to use the white of the paper to create ‘lightness’ instead of painting it in.

I also masked off the areas on my page before I started painting to achieve the sharp edges. Here are some examples from the pupils, I think they did brilliantly! 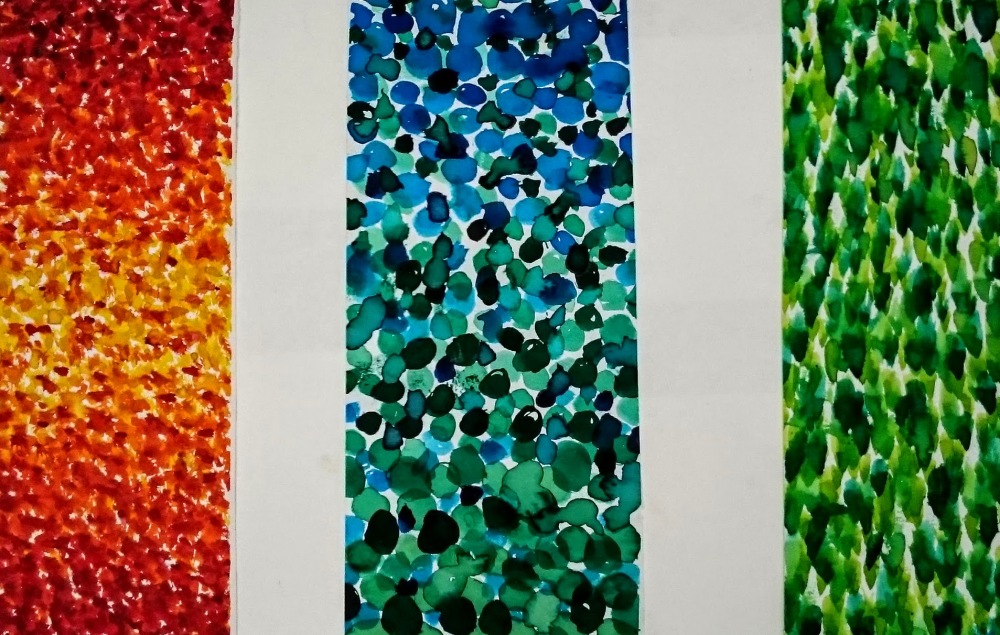 And some close ups, what do you think? Have any questions? Let me know in the comments.